This year our Lady Musgrave trip like other years combined members who made the journey north a few months prior and visited the Whitsundays 2019. The experience also included new members who set off northbound from the Gold Coast, where they would meet the others.

The first anchorage on the journey was just inside the Wide Bay Bar, Fraser Island and on the South West Lower end. The new support vessel of the fleet ‘The Bargeman’ picked up travellers from their anchored vessels and delivered them to the beach for the first social gathering.

While watching the sunset with drinks and nibbles in hand, we then set off on a mini sunset cruise through the anchorage dropping people back to their Riviera’s.

Bundaberg was the meeting point for both groups where new friends met and relationships formed over dinner at, ‘The Brewhouse Restaurant’. The following morning we made the 57 Nautical Mile journey to Lady Musgrave Island.

Unfortunately due to a windy weather forecast our time was cut short at Lady Musgrave, we still ventured out knowing we would only have two days in paradise.

We made the most of our time by inviting members to the raft-up with the RMC pool on the back of an anchored RMC Riviera.

The young ones made use of the personal underwater motorised stingrays and other toys while Micah Reimers played live music from the support vessel. The morning after we met on the beach for the Champagne Breakfast in the sun before heading back to the coast to seek shelter before the predicted wind was due in.

Kingfisher Bay was our anchorage for the next few nights. We embarked on activities including, spa treatments, four-wheel driving and a Trivia night up on the main deck of Kingfisher Resort. The competition among the Trivia teams was fierce, to say the least.

We then embarked on a series of overnight stays on the return journey including Inskip Point, Mooloolaba and Myora Anchorage.

The Movie Night at Inskip Point featured classic Australian film, ‘The Castle’ which played on the big screen strategically placed on the back of the RMC Support Vessel. Guests enjoyed Popcorn, Hotdogs and Maltesers from the aft deck of 3 Riviera Flybridges rafted up.

The farewell dinner at ‘See Restaurant’, Mooloolaba was a chance to say so-long until next time.

Our aim is always to bring those with a love of boating together and RMC member experiences provide support to new boat owners so they can have the confidence to embark on trips by themselves and with fellow boat owners in the future.

On behalf of the entire RMC Experience Crew we’d like to say thank you for your attendance and support. 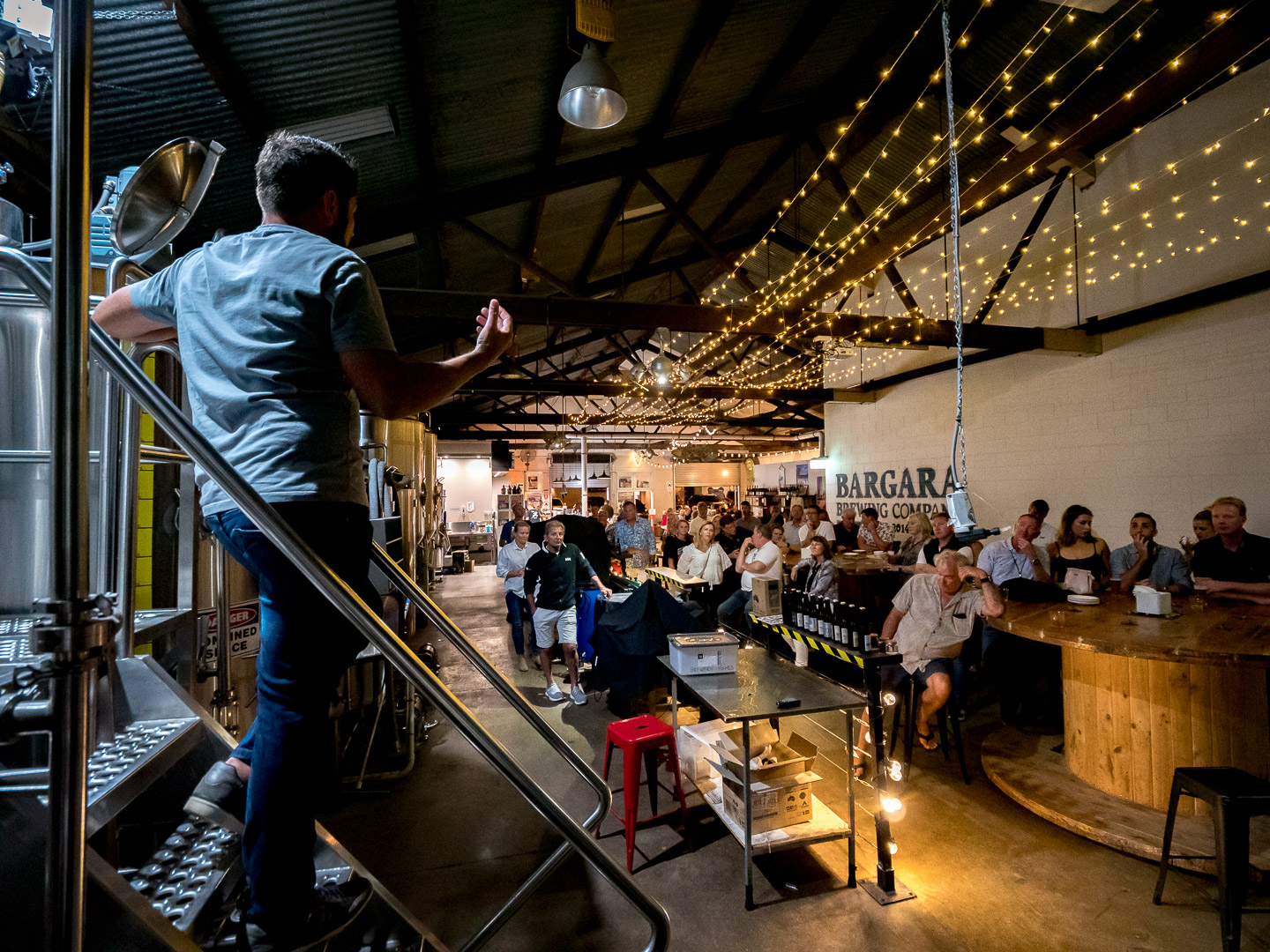 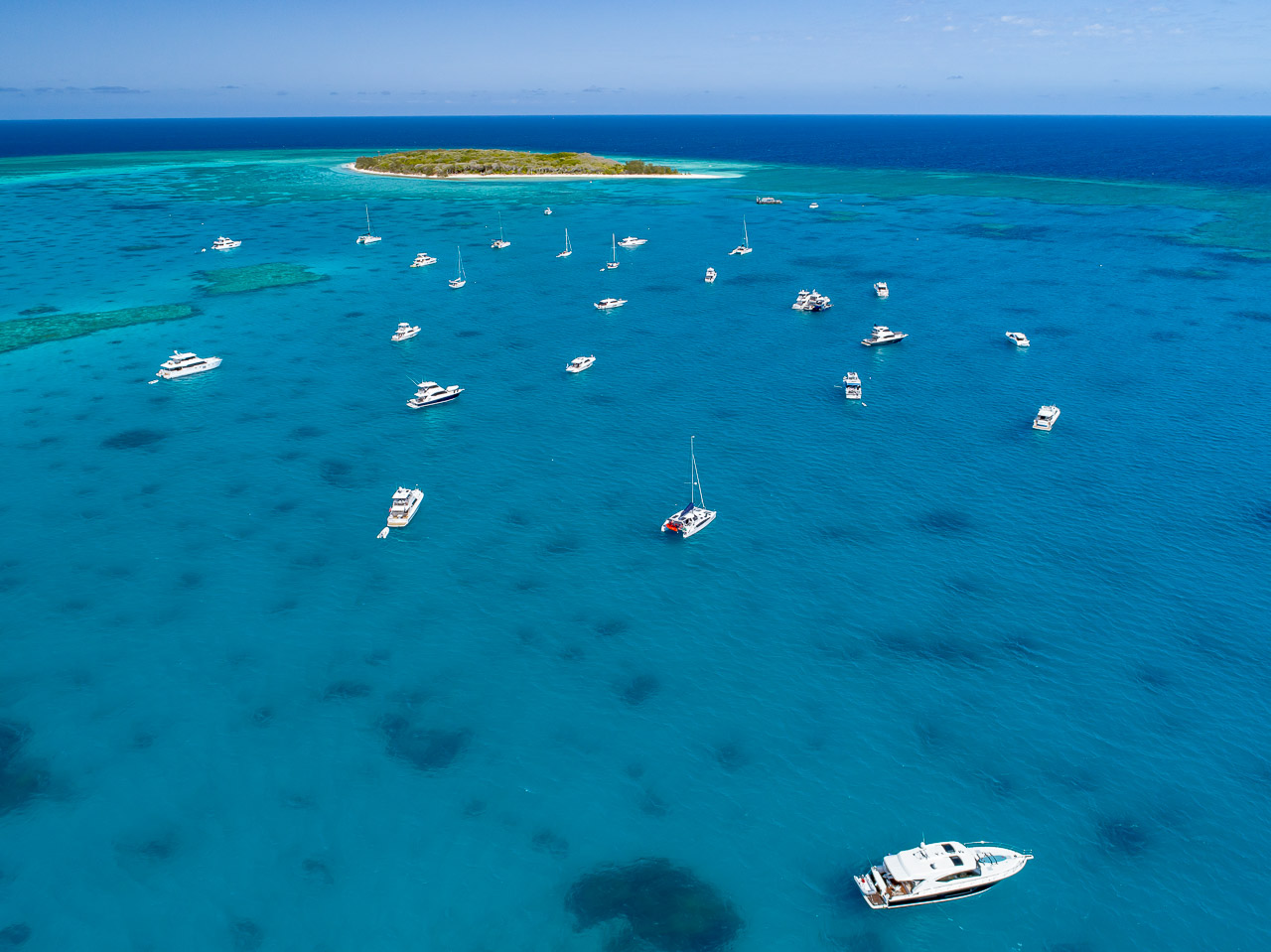 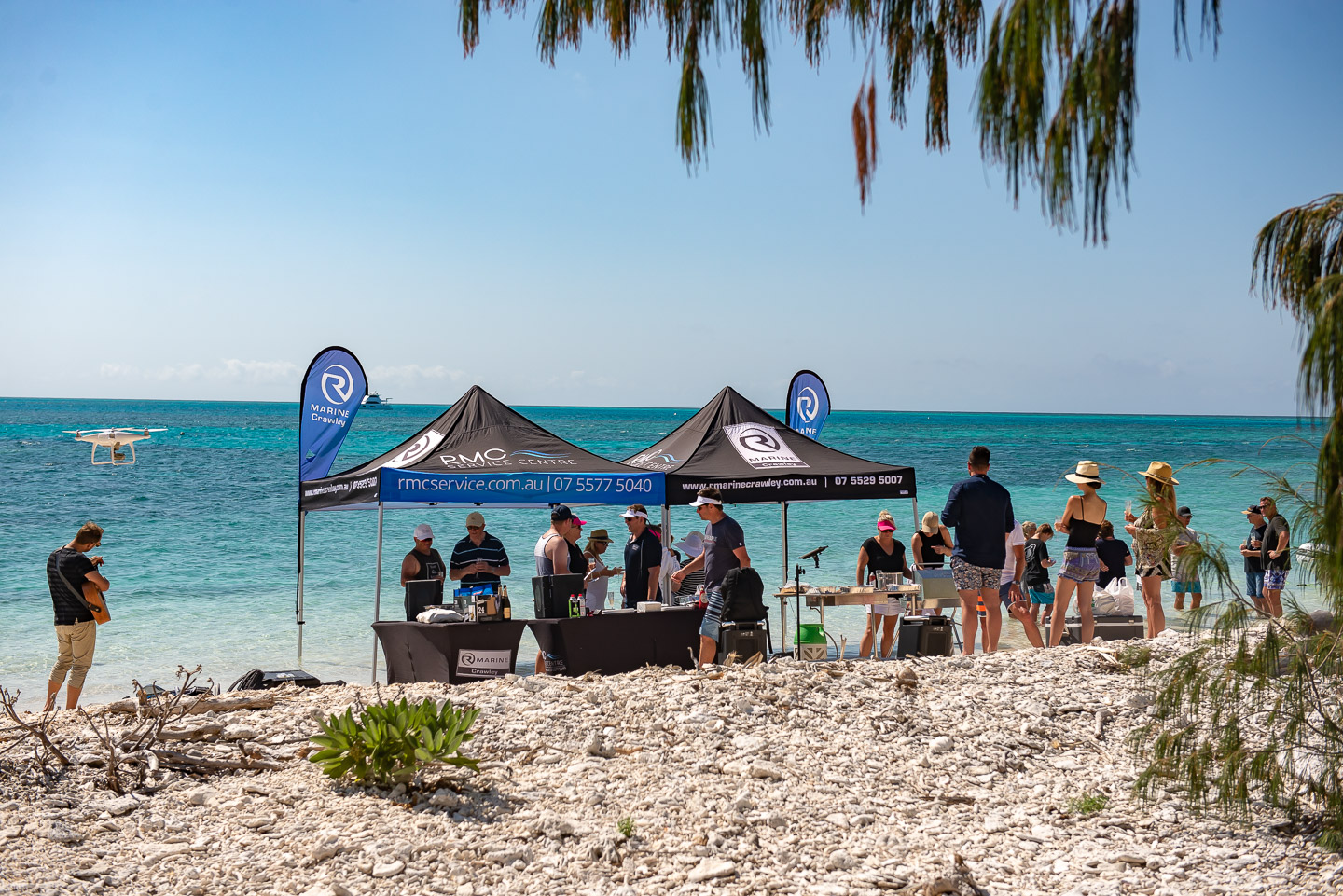 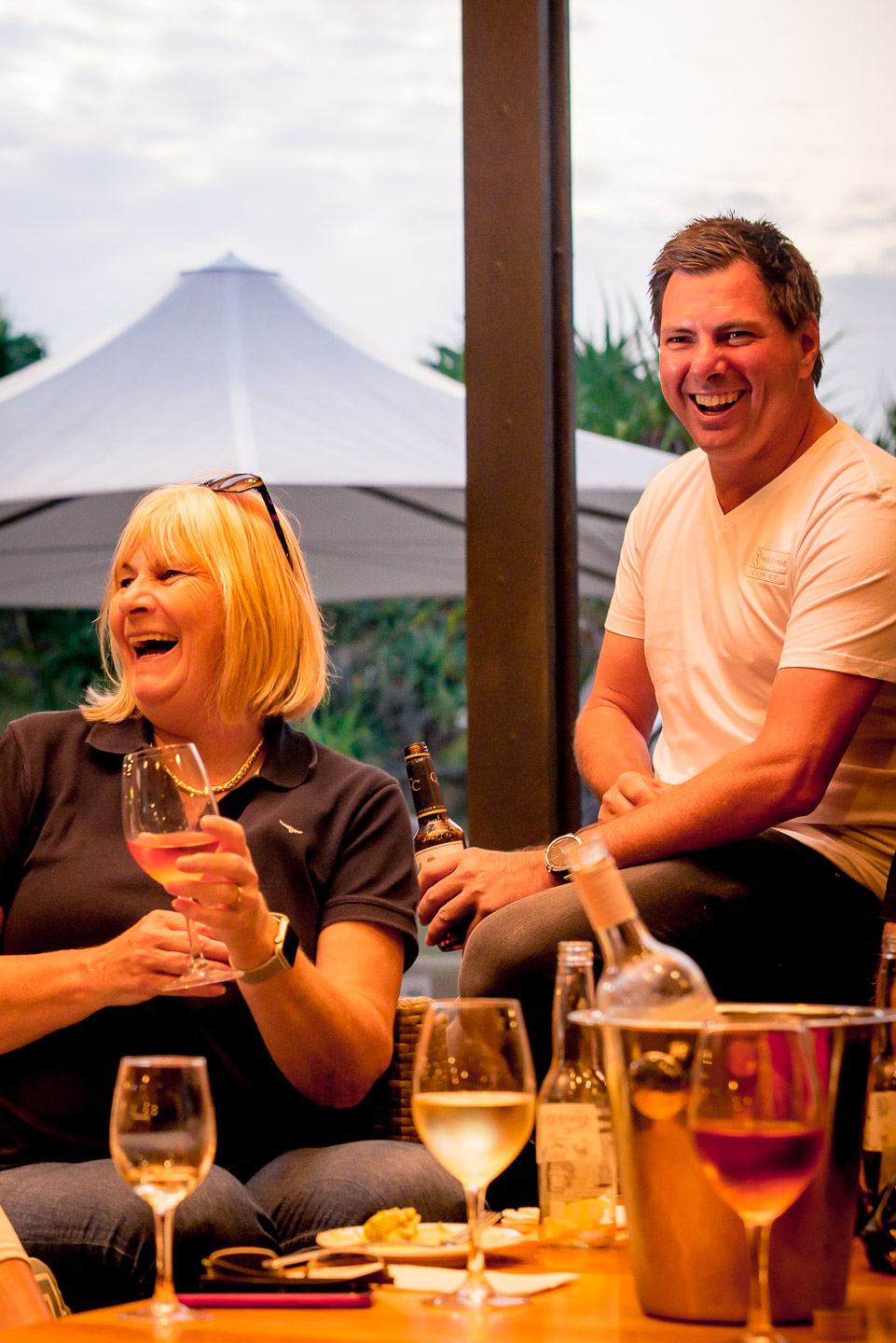 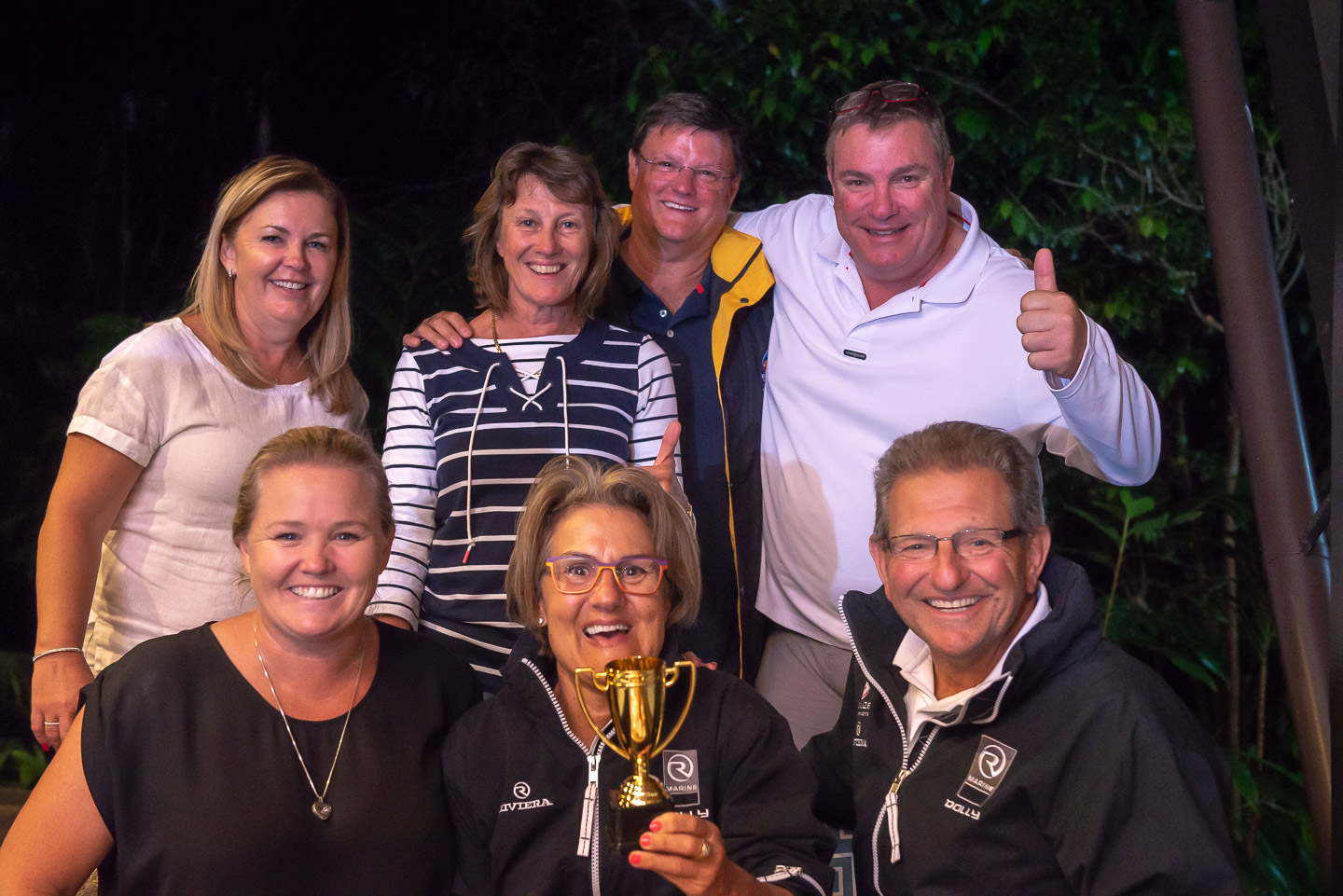 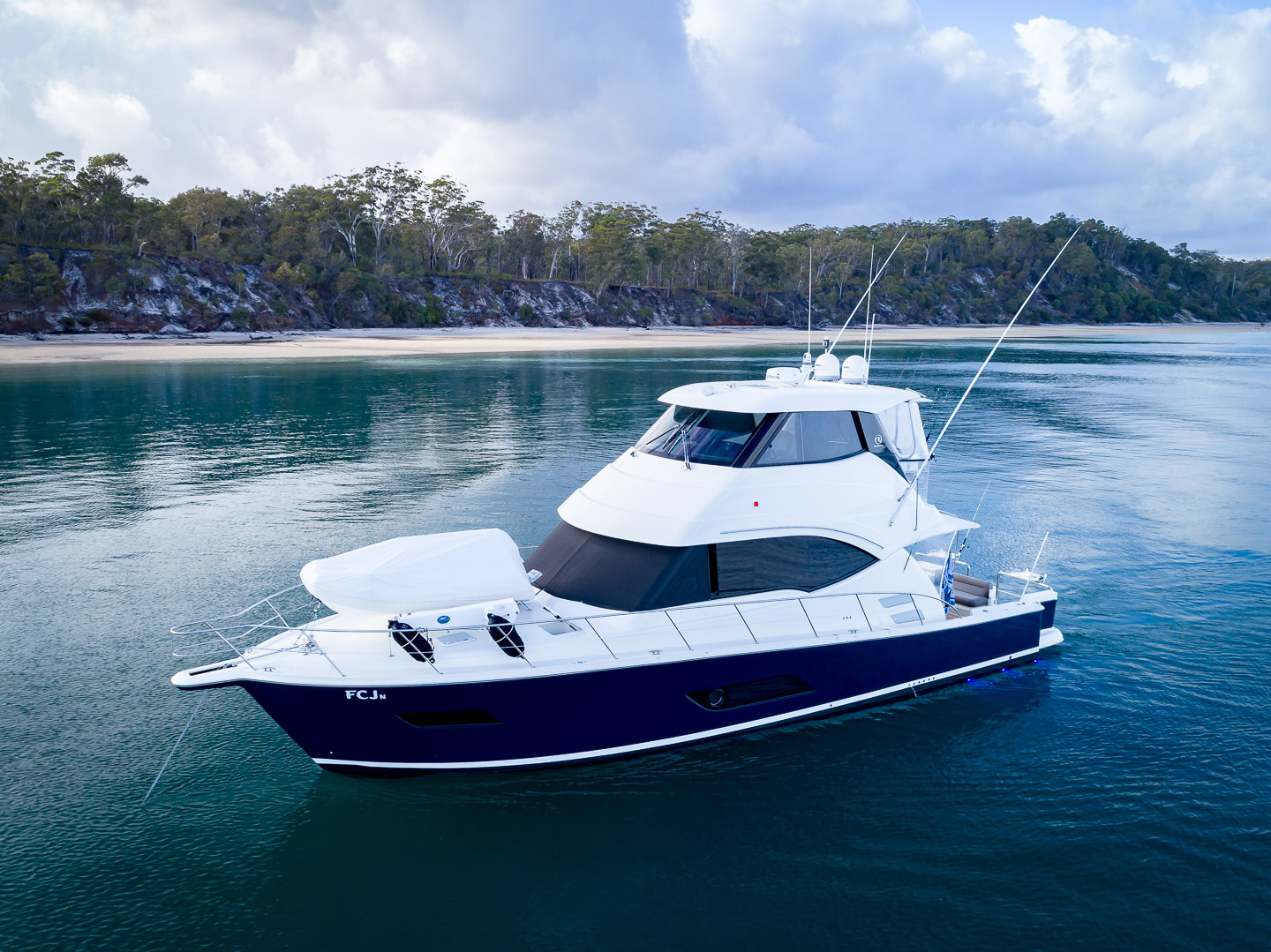 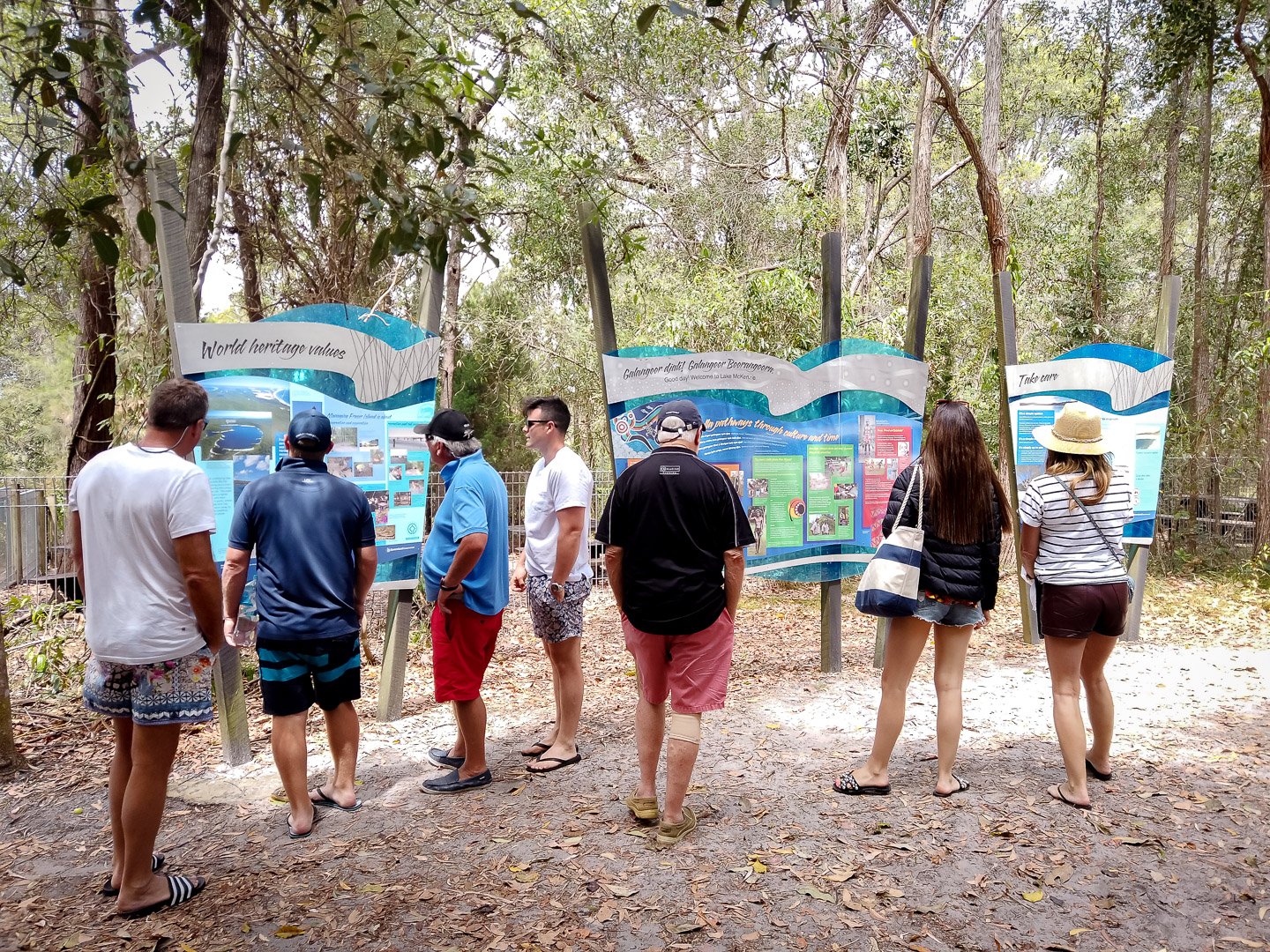 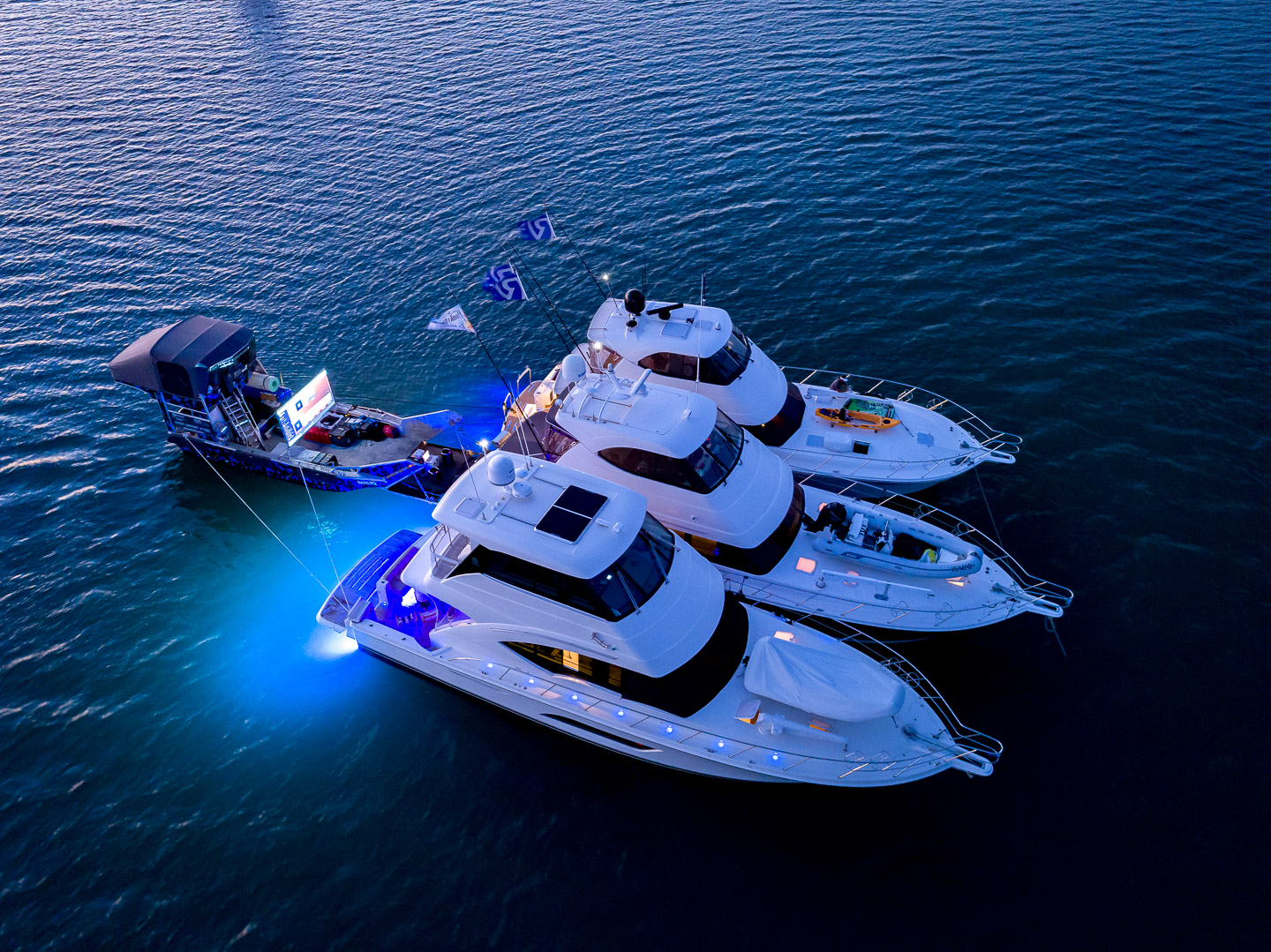 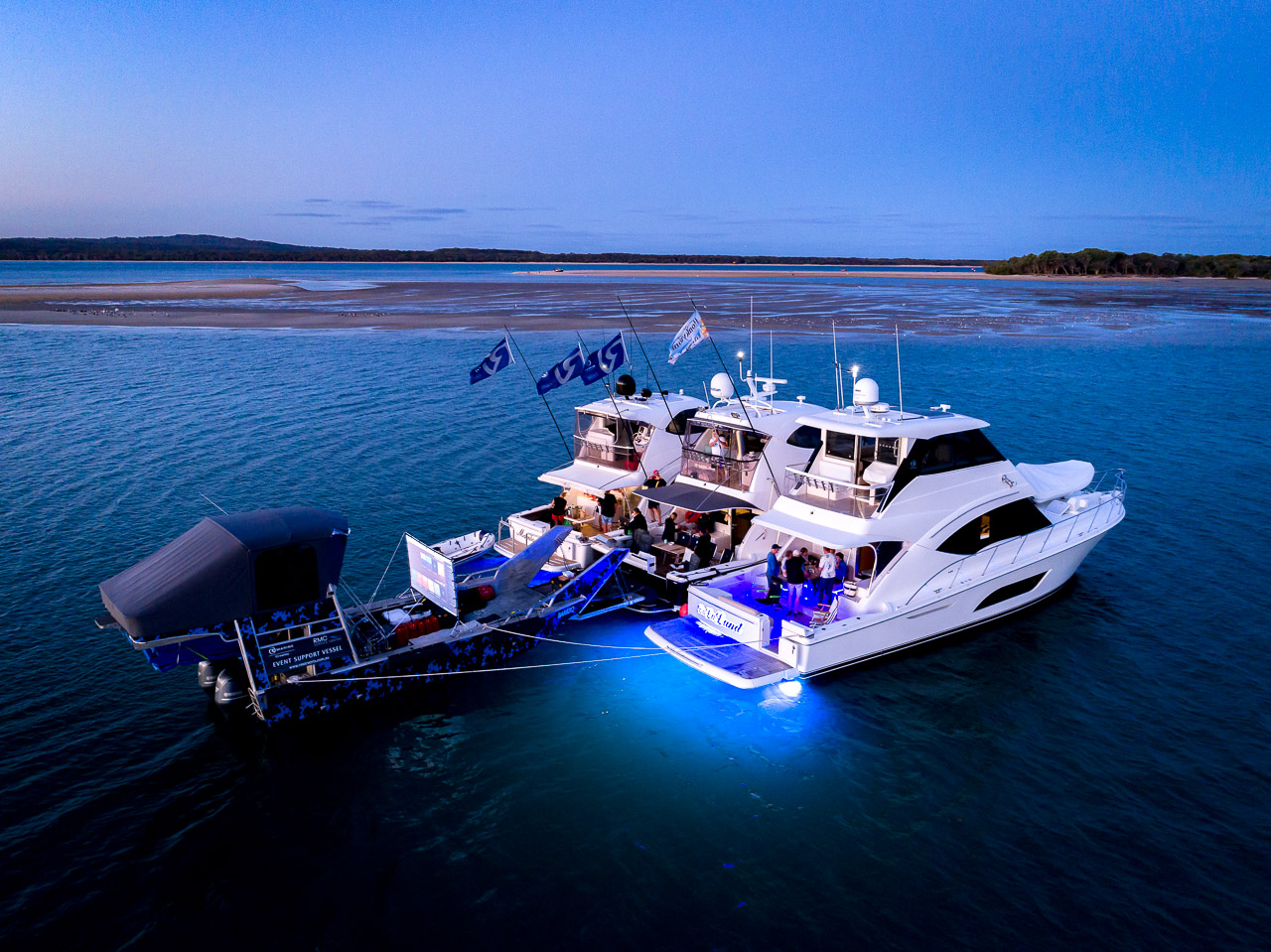 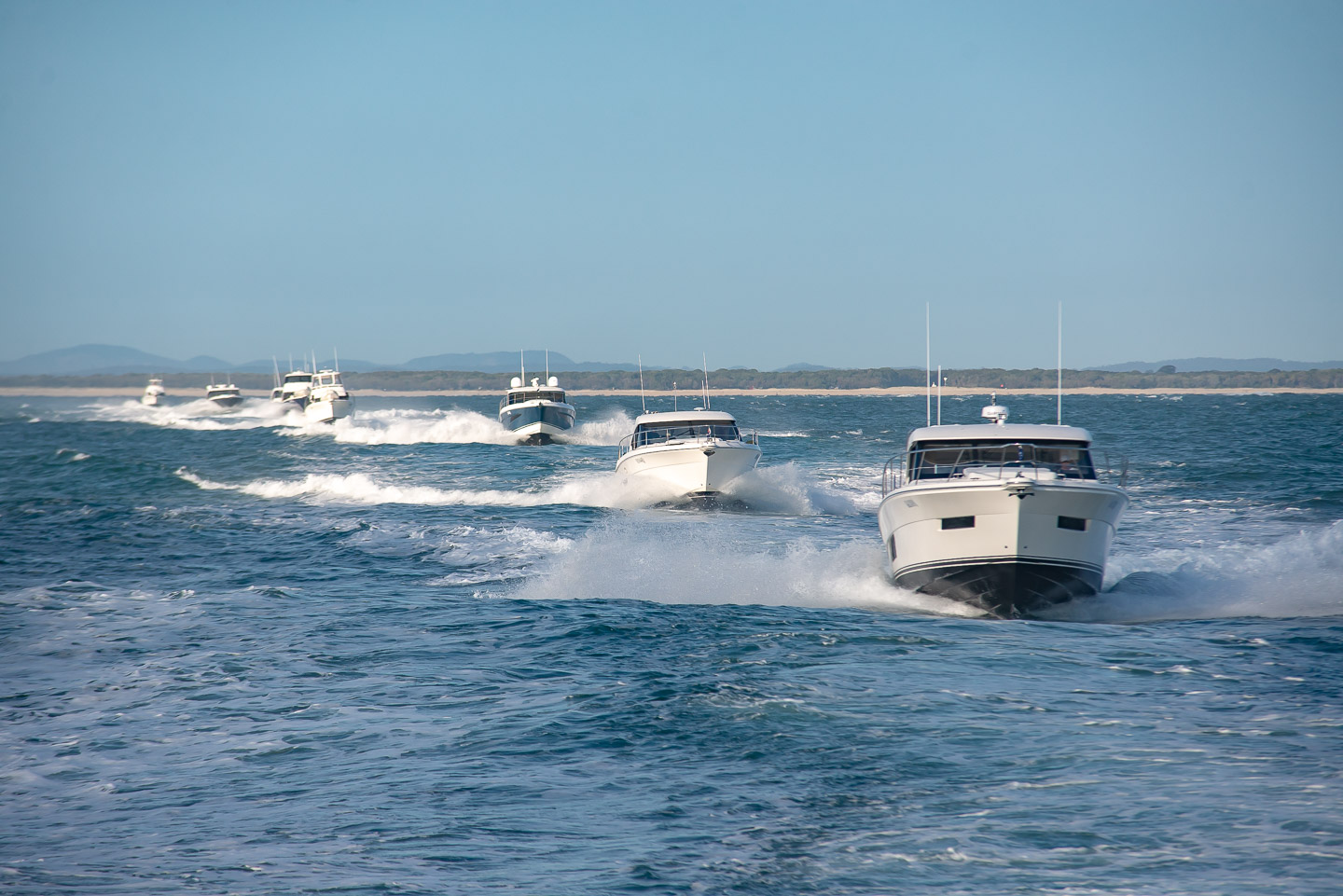 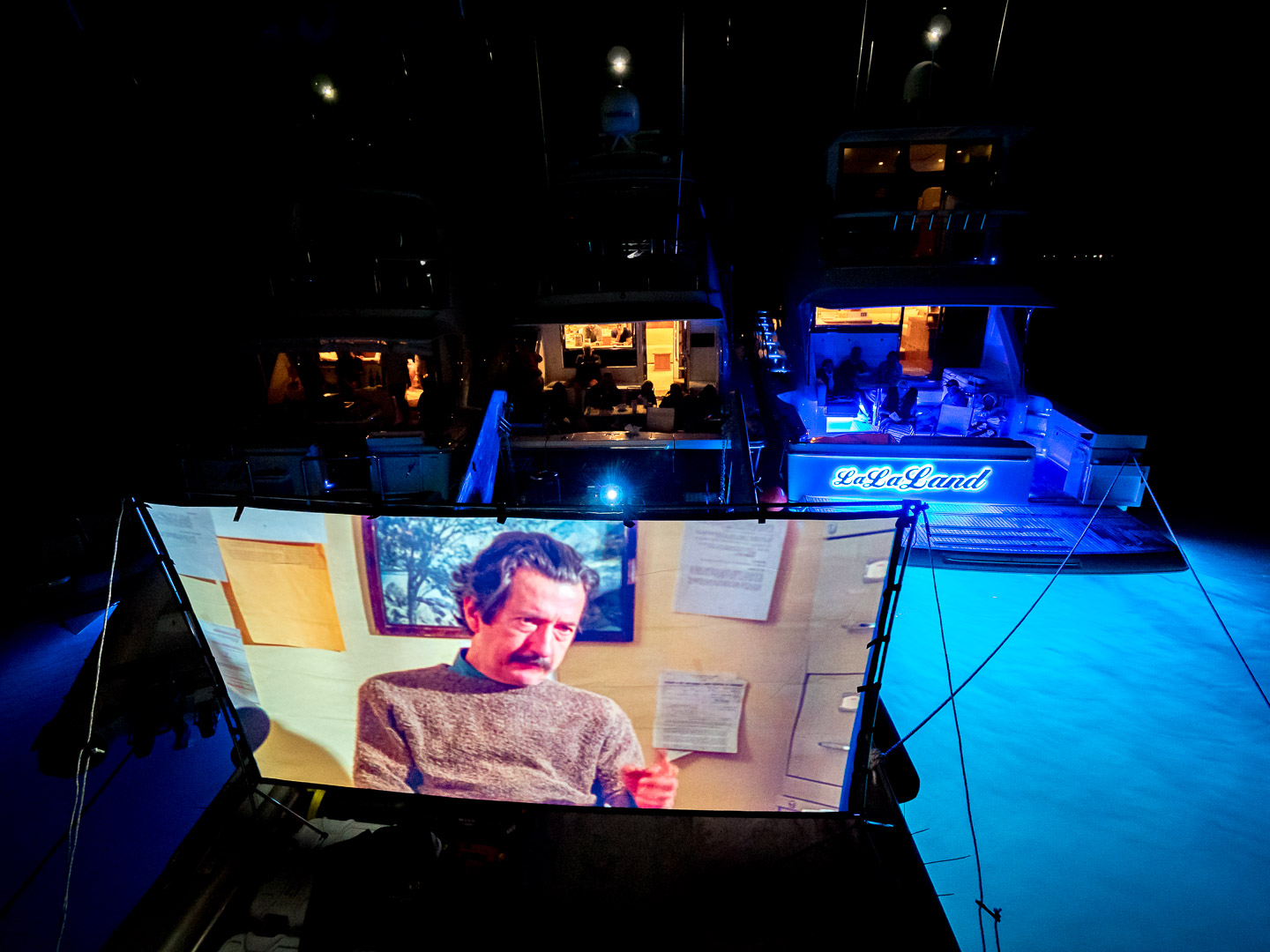 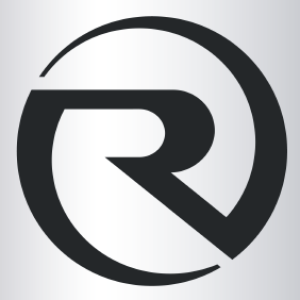 All Posts »
PrevPreviousR Marine Crawley knows how to escape.
NextRMC Jacaranda Festival 2019Next

Why John prefers to sell through RMC